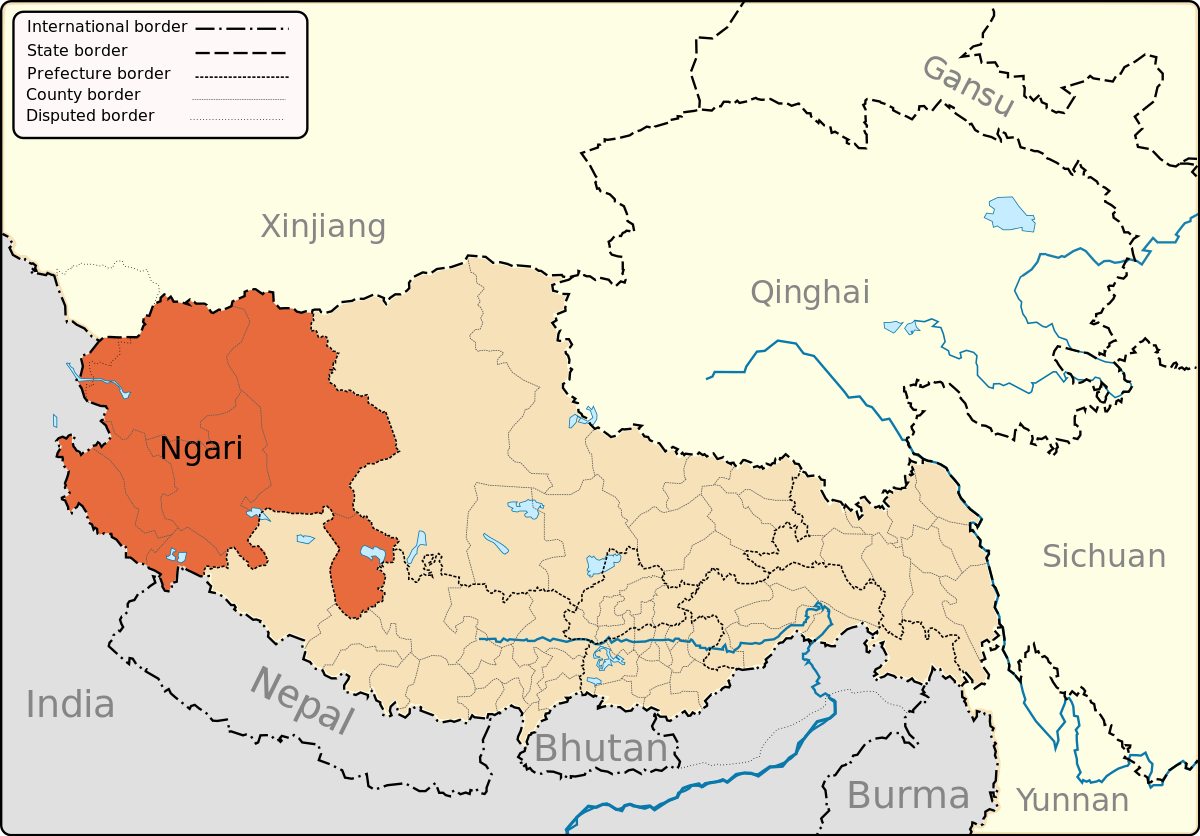 (TibetanReview.net, Mar07, 2018) – China said Mar 5 that it had sent a stability maintenance supervision group to remote western Tibet’s Ngari prefecture to investigate the security situation and emergency preparedness with regard to stability within the area and in the context of its border with India. Ngari is a main battleground of the 1962 Sino-Indian border conflict, noted the official globaltimes.cn.

The report said three senior officials of Tibet Autonomous Region – Penpa Tashi, Tenzin Namgyal and Wang Yalin – visited police and armed police in the prefecture on what it called the China-India border.

It cited the regional party mouthpiece, Tibet Daily, as reporting Mar 5 that the group visited police and paramilitary armed police in the prefecture and received reports from police officers about the security situation and emergency preparedness.

The globaltimes.cn report cited Xiong Kunxin, a professor at Tibet University in Lhasa, as emphasizing that the undeveloped prefecture in a high-altitude area with tough living conditions was really close to the border with India.

“This lends foreign forces and Dalai Lama secessionist criminal gangs the opportunity to permeate into the region and conduct illegal and violent activities,” he was quoted as saying.

China has taken to describe all Tibetans who oppose or criticize its policies and actions, including with support for their exiled spiritual leader, the Dalai Lama, or with demands for religious freedom, human rights, preservation of Tibet’s cultural identity, independence and protection of the natural environment, as gangers under its new anti-organized criminal gang campaign.

“The group stressed that maintaining stability is really tough and the anti-secession and counter-terrorism struggles are “intense and complex,” Xiong was quoted as saying.