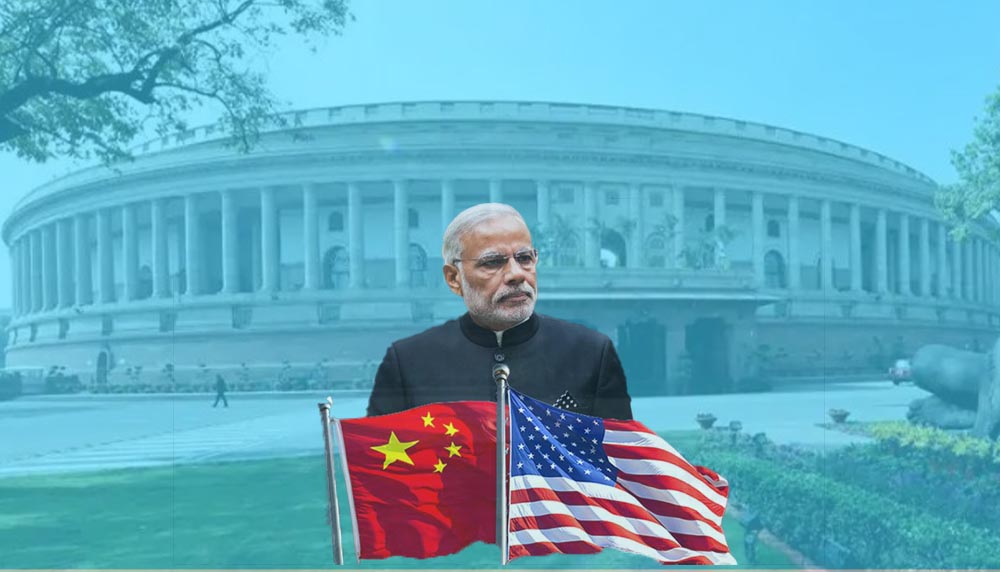 Tsewang Rigzin* argues that aspects of the ‘Tibetan Policy and Support Act of 2020’ that the US President Donald Trump signed into law on Dec 27 have greater relevance for India than the US and suggests that India too should therefore enact a version of that Act for the sake of its own national interest.

After weeks of intense negotiations between Democrats and Republicans and uncertainty over President Donald Trump’s signature on the massive spending bill, the President finally signed into law The Consolidated Appropriations Act 2021 on December 27, 2020. With a $2.3 trillion spending package, this bill is considered to be the largest spending bill, and the longest bill (5593 pages) ever passed by Congress.

“The Secretary of State shall make best efforts to establish a branch office in Lhasa, Tibet, of the United States Consulate General in Chengdu, People’s Republic of China, to monitor political, economic, and cultural developments in Tibet.”

In the Tibetan Policy and Support Act of 2020, this demand is coupled with the policy statement that read:

“The Secretary may not authorize the establishment in the United States of any additional consulate of the People’s Republic of China until a United States consulate in Lhasa, Tibet, is established under subsection.”

For Tibetans worldwide, under the leadership of the Central Tibetan Administration (Tibetan government-in-exile) and the blessing of His Holiness the Dalai Lama, this historical act is a matter of great joy and pride. In fact, ‘Tibet’ has been mentioned 130 times in this 5593-page long bill. No other country, except China (131 times), has been mentioned more times. Other related issues, such as Uyghurs and Hong Kong, have been mentioned only 1 and 25 times, respectively.

One of the most significant insertions in the new Act of 2020 is an issue relating to the “succession or reincarnation” of His Holiness the Dalai Lama. The act categorically stated:

“decisions regarding the selection, education, and veneration of Tibetan Buddhist religious leaders are exclusively spiritual matters that should be made by the appropriate religious authorities within the Tibetan Buddhist tradition and in the context of the will of practitioners of Tibetan Buddhism” and “the wishes of the 14th Dalai Lama, including any written instructions, should play a key role in the selection, education, and veneration of a future 15th Dalai Lama; and interference by the Government of the People’s Republic of China or any other government in the process of recognizing a successor or reincarnation of the 14th Dalai Lama and any future Dalai Lamas would represent a clear abuse of the right to religious freedom of Tibetan people.”

The act further stated that any Chinese official who directly interfered with identifying the future Dalai Lama would be sanctioned.

The act also applauded the Tibetan exile community for its practice of democracy in exile. It acknowledged the Central Tibetan Administration and Sikyong (President) as the representatives “to the greatest extent” of the aspiration of the “Tibetan diaspora” around the world. Another significant insertion to the act is section 343, i.e., Policy regarding the environment and water resources on the Tibetan Plateau. The act stated that the US would encourage a regional framework on water security among riparian countries.

Throughout the recorded history of Tibet, no other civilization or country has been more grateful for Tibet than India. His Holiness the Dalai Lama, upon whom the hopes of six million Tibetans rest, often identify himself as a “Son of India.” Just like any Indian, Tibetans too will celebrate if India occupies a more prominent role on the international stage as it deserves. The biggest obstacle for India’s more prominent role on the international stage, such as becoming a permanent member of the UN Security Council, is the accelerating Chinese aggression. The continued Chinese aggression on the Indian border regions of Ladakh and Arunachal Pradesh has become too costly both in terms of human casualties and fiscal burden. In one of my empirical analyses, I have shown that from 1954 – 2019, the continued Chinese occupation of Tibet cost the Indian tax-payer US$ 462.8 billion (without any adjustment to inflation and exchange rate fluctuation), i.e., about US$ 7.16 billion annually.

It is now high time that India should also adopt a more assertive stand on the Tibet issue in dealing with China. One strategy is to adopt India’s version of Tibetan policy similar to the Tibet Policy and Support Act of 2020 of the US. India currently has an executive policy (not a law) on Tibetans in India called “Tibetan Rehabilitation Policy 2014.” While this policy was a significant development for Tibetans’ welfare in India, it is devoid of any substantive relevance on core issues of Tibet, i.e., destructive Chinese policies in Tibet and Tibetans’ demand for freedom in Tibet.

In terms of relevance, the issues addressed in the US government’s act, such as on the reincarnation of His Holiness the Dalai Lama and environment and water resources on the Tibetan Plateau, have a far more direct implication on India than the US. Just like Tibetans, millions of Indians, particularly in states like Jammu & Kashmir, Himachal, Uttarakhand, Sikkim, West Bengal, and Arunachal, worship His Holiness the Dalai Lama. Similarly, on the Tibetan plateau’s water resources, as mentioned in the Tibetan Policy and Support Act of 2020, rivers from Tibet supply fresh water to an estimated 1.8 billion people. Almost half of the water (48%) that flows from the Tibetan plateau runs directly into India. Without a more assertive policy framework from India, China’s status as upper riparian country with absolute control over these rivers not only gives Beijing a chokehold on India’s economy but it could also cost India a catastrophic loss of countless human lives.

It is high time that India should take a firm stand to deal with China by adopting a more assertive policy framework regarding Tibet by affirming the illegal nature of the Chinese occupation of Tibet and recognizing Tibet as an occupied territory. Ultimately, Tibet’s freedom is India’s best long-term security.

*Tsewang Rigzin is a Fellow at Columbia Population Research Center and Social Policy doctoral candidate at Columbia University, New York. He is the author of the book “Exile Tibetan community: Problems and Prospects”, published by Library of Tibetans Works and Archives, Dharamshala, Himachal Pradesh, India.