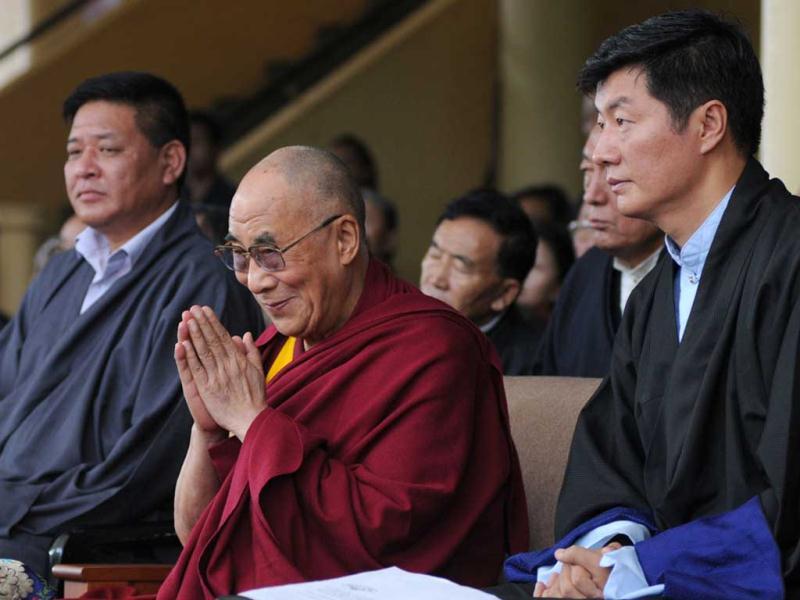 The internal squabble between the two the arguably most prominent members within the community of the Central Tibetan Administration has seen numerous exchanges of ‘cheap shots’ between them. Though after the 2016 election, PenpaTseing (Former Speaker of the TPIE) has no longer been a lingering voice in the political arena of Dharamsala, he definitely has been a constant talk of the town due to his spicy clash with the President of Tibetan Government in Exile, LobsangSangay. The friction between the two was displayed in a very conspicuous manner during their campaign for the Sikyong in the last election. While LobsangSangay rose triumphantly from the election, winning it for a second consecutive term, PenpaTsering managed to grab the position of His Holiness the Dalai Lama’s representative for North America.

The recent dismissal of PenpaTsering from his post at the Office of Tibet, Washington, DC, raised a huge question among the Tibetan People: whether it was an act of retaliation from the Sikyongin an apparently unsettled conflict, displaying his authority over his so-called competitor. However, the Sikyong, along with the Kashag (Cabinet), repudiates all the allegation and rumours. The official reason provided by the Kashag on the matter indicate that PenpaTsering was expelled from the post for inefficiency, a questionable integrity leading to a trust deficit and a continuous display of insubordination. During his recent official visit to Canada, the Sikyong reiterated his stand on the issue and also responded to queries on the 1.5 million US dollars loan from Tibet Fund, which he clarified was not actually a loan. He said  the non-profit organization had to record the amount as loan due to legal and regulation-bound reasons. The amount is said to be a contribution from Tibet Fund to purchase a property for the Office of Tibet in Washington DC to serve as its new office. The former speaker seemed to have raised questions on the matter on a couple of occasions, and apparently was provided with a satisfactory clarification as well by the Sikyong. However, despite Sikyong’s clarification and without consulting the concerned department, Representative PenpaTsering reported to CTA auditors about the outstanding loan. His action apparently led to a trust deficit between the individual and the CTA, which was a major concern and has also been cited as a crucial element in the ousting of PenpaTsering.

With the gradual strengthening of Xi Jinping’s authority in the Chinese political spectrum after the incorporation of his political vision in the party constitution, we are faced with a China that is stronger than ever. It is therefore no time for us to be indulging in petty internal politics; rather, we should seek effective way to pursue our struggle.

The People elected to represent the Tibetans are expected to show a better character than indulging in such internal disputes. A nation’s identity is on the verge of becoming extinct and if we do not put our efforts in the right direction, and for the right cause, there is a real danger of Tibet becoming a mere chapter in the history of China.

I do not challenge or question the integrity of anyone, and I am sure every Tibetan has a strong patriotic side in them, be it a sweater salesman or the President. I am concerned that the opportunity and freedom bestowed upon us by the grace of His Holiness the Dalai Lama to make a difference in our society for the betterment of our people is not used to our full potential. We are letting it slip off our hand by not showing the enthusiasm and the determination required to represent our country on a global platform against a global super power.

Ironically, the pursuit of a comfortable life in exile (which was supposed to enable us to contribute to our nation’s struggle) has somehow diluted the patriotic side of our being. Our struggle is constantly contaminated by the distraction of materialistic comfort and thirst for power. The youths seem to be attracted more towards the glitters of Western culture, focused more on the brands they are clad in or on the dyed colour of their hair than in education or on political endeavours to serve the cause of their nation. Unfortunately, we don’t seem to really care about our dwindling participation in our nation’s struggle, as we are too busy looking to build bigger houses, afford a better car or a fancy brand to wear.

If I really had a choice, I would never choose to comment on anyone’s course of action. Nevertheless, I am doing so because I am beginning to feel a genuine fear that our identity and history is under imminent threats. I know we have the potential to do as good as any other nation in the world but for that we have to be vigilant and understand what our priorities should be. We have to be more assertive in making the world realize the value of our struggle from the perspective of the interest of the entire humanity,and with respect to the constant violation of human rights inside Tibet. The Tibetan government should be more involved in communicating with the people, especially the youth; creating awareness, leading them by example, and encouraging them to realize their responsibility as Tibetans. The People elected to represent the Tibetans are expected to show a better character than indulging in such internal disputes. A nation’s identity is on the verge of becoming extinct and if we do not put our efforts in the right direction, and for the right cause, there is a real danger of Tibet becoming a mere chapter in the history of China.