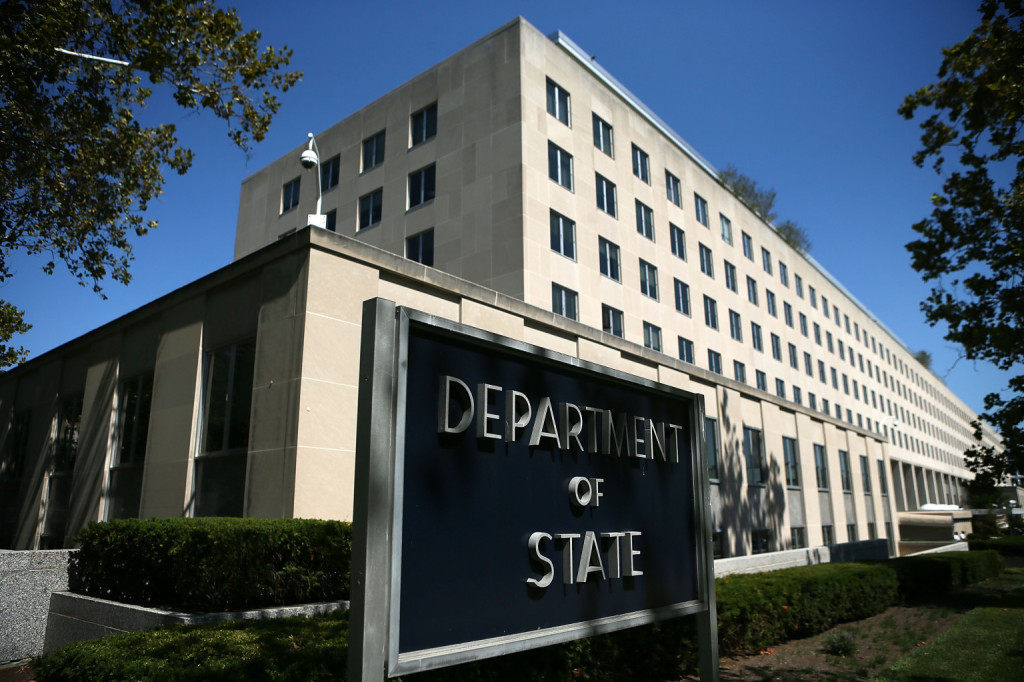 (TibetanReview.net, Apr22, 2018) – The US State Department has, in its latest Human Rights Report, released on Apr 20, referred to the pervasiveness of the repression in Tibet under Chinese rule, including with high levels of deployments of the paramilitary People’s Armed Police. The report highlights a number of other issues of serious human rights violations on many fronts. It tracks the many fronts Chinese authorities have opened in their attacks on the Dalai Lama, including strengthened punishments for Chinese Communist Party (CCP) members seen as secretly harbouring religious beliefs, and the detention of Tibetans who express support for the exiled spiritual leader of Tibet.

The report, covering the period of calendar year 2017, says the most significant human rights violations included those concerned with disappearances; torture by government authorities; arbitrary detentions, including of political prisoners; and government curtailment of the freedoms of speech, religion, association, assembly, and movement. Specific cases highlighted included that of the long-disappeared 11th Panchen Lama Gedhun Choekyi Nyima.

It says, “The whereabouts of the 11th Panchen Lama, Gedhun Choekyi Nyima, the second-most prominent figure after the Dalai Lama in Tibetan Buddhism’s Gelug school, remained unknown. Neither he nor his parents have been seen since Chinese authorities took them away in 1995 when he was six years old.”

It also notes the case of Tashi Wangchuk, a Tibetan language rights activist tried in early January for allegedly inciting separatism and still awaiting verdict from a court in Yushu Prefecture of Qinghai Province.

The report also highlights the lack of access to Tibet as well as the repressive travel restrictions on Tibetans. It says: “The [Chinese] government regulated travel by foreigners to the TAR, a restriction not applied to any other provincial-level entity in the PRC. In accordance with a 1989 regulation, foreign visitors had to obtain an official confirmation letter issued by the TAR government before entering the TAR. Most tourists obtained such letters by booking tours through officially registered travel agencies. In the TAR, a government-designated tour guide had to accompany foreign tourists at all times. It was rare for foreigners to obtain permission to enter the TAR by road.

“In what has become an annual practice, authorities banned many foreign tourists from the TAR in the period before and during the March anniversary of the 1959 Tibetan uprising. Foreign tourists sometimes also faced restrictions traveling to Tibetan areas outside the TAR”.

While Tibet is supposedly autonomous, the report notes that ethnic Chinese party members held the overwhelming majority of top party, government, police, and military positions in the TAR and other Tibetan areas. Besides, it notes the absence of any Tibetan in China’s ultimate decision making bodies, namely the 25-member Political Bureau (Politburo) of the CCP Central Committee and its seven-member Standing Committee.

Apparently to address China’s routine condemnation of such reports as interference in China’s internal affairs, the State Department prefaces the report by saying the United States recognized the Tibet Autonomous Region (TAR) and Tibetan autonomous prefectures (TAPs) and counties in Sichuan, Qinghai, Yunnan, and Gansu Provinces to be a part of the People’s Republic of China (PRC).